Author’s Take: Fractions of the Soul 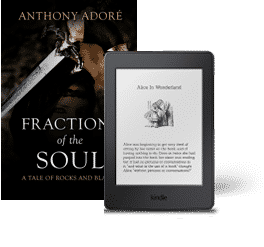 Support Anthony by purchasing his first book, Fractions of the Soul.

Author’s Take: Fractions of the Soul

tldr: The author writes about the inspiration that motivated him to write his first book, Fractions of the Soul. 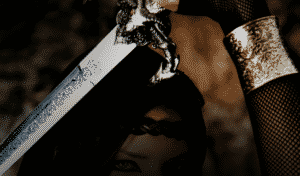 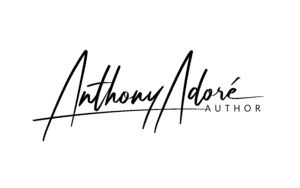 I will surely die.

Death motivates some and paralyzes others. Like most people, I’ve always wanted to write a book that reflected a fraction of my passions, emotions, and intellect before my eventual demise. In short, I wanted to write something that could speak in my place if I were no longer around to speak for myself. In this manner, I could “speak” to my progeny and share the essence of who I once was with them. My first book, Fractions of the Soul, reflects this effort. Not only did I want to capture my various thoughts about topics near and dear to my heart but I also wanted to present them in such a fashion that anyone reading the book would get a sense of what it’s like talking to me when I’m in “serious mode.” At first, this book was intended for close family and friends. I intended for them to read a few passages from the book at my funeral, which would enable me to provide a small degree of comfort to them and remind them of the man I was during their moment of grief and possible despair.

I’ve been fascinated with Adam and Eve for as long as I could remember. From my point of view, all of their descendants repeated the interaction that they had with each other in Eden. In other words, the love between man and woman happening in the here and now, while unique in its own manner because two new souls are involved in the effort, has its roots in the primordial relationship between Adam and Eve. Our love derives from their love. Our conflict derives from their conflict. Being clueless about relationships in general for a large part of my life, I focused my intellect on the “imagined” happenings of Adam and Eve–both before their fall from grace and after–in order to glimpse into the broader relations between man and woman in general. If I could understand Adam and Eve, I reasoned, I might better understand myself. And at the same time, dissecting my own feelings and experiences allowed me a “mode of access” to peer into the relationship between Adam and Eve and indeed all other human beings.

Love is more than a physical exchange between man and woman. In today’s modern culture, it seems that sexual relations is the lowest common denominator between male and female to the degree that pleasure itself has become a “new god,” a new “golden calf,” that receives the worship of all human beings, regardless of their stated religious belief system. Love is not just a feeling because feelings change. Love is a choice, a way of conducting one’s life, an orientation through which to see and interpret the world. Love is an articulation of both passion and intellect that manifests in the physical interaction between man and woman.

Love under the cover of night must be brought into the light for examination. In the book, I describe a few fallen modes of love, that is, possible reasons for the evolutionary mating strategies that both males and females implement to validate their own existence and accomplish evolution’s mandate to propagate the species. While carnal desires of the flesh can turn into genuine love one day, proximally and for the most part, it does not because of the monumental effort required to transcend the immediate physical for the delayed gratification in the spiritual. While at times the tone of my words in the book might appear to be harsh, remember that the male teacher is speaking to his female apprentice throughout the process — and when it comes to certain topics, the teacher is genuinely frustrated. In effect, the teacher demonstrates his passion, care, and concern for his student through articulating his intellect with transparency. All broken things are to be put back together anew. Proper communication means being honest with one’s frustrations, regardless if those frustrations are “right” or “wrong.” The point of the matter is that love entails a degree of transparency — vulnerability comes along with that transparency (“exposure”) because that transparency reveals something raw and unrefined underneath.

A central theme throughout the book is God’s relation to humanity in general and to me, the whetstone, in particular. I cite certain biblical passages that spoke to me throughout my life in order to provide evidence as to why I, the teacher, think the things I do. These biblical passages integrate with the text of the teacher’s lessons to his student and I cited relevant material in the footnotes throughout the book for the reader to see the place from which I drew inspiration for my articulation. God is a personal matter. Some people abhor the idea of God and turn away. Some embrace Him. It isn’t for me to judge nor convince the reader to believe one way or the other–this was not the purpose of this book. The purpose of this book was to expose myself as I interpret myself to be, not to persuade you to believe in the divine. Throughout my education, I was exposed to many different points of view from authors who believed in God and authors who did not believe in God. Each author offered their own kind of reason and wisdom, and I did not immediately dismiss the fruits of the author’s intellect because they did not share my personal belief system. Doing such a thing is not the mark of an intellectual. Read my book with an open mind and consider it a work that stands on its own effort.

There are two kinds of writers: plotters and pantsers. Plotters plan their book beforehand whereas pantsers write without thinking about where their writing is going. I discovered that I am a pantser. The process of writing Fractions of the Soul reflected a movement of my passion in the first place. After writing, I read and re-read my words and filtered the passion through reason to the best of my ability. I knew that there certain topics in the book that I wanted to cover, but didn’t know how to go about doing it in the beginning. The writing style used in this book represented the easiest path for me to “get the words and feelings out.” A technique in counseling known as the “the empty chair” helped me to put my thoughts and feelings into words. In the empty chair technique, one places an empty chair in front of a client and the client images a certain person sitting in that chair. This imagined person can be dead or alive, someone they know or don’t know, … it doesn’t matter. The important point is that the person should be one to whom the client desires to express their thoughts and feelings. The person should call out or inspire psychology energy from the client. The therapist then helps the client to speak to the person in the empty chair as if the person in question was really sitting in the chair.

Taking cue from the empty chair technique, I imagined myself as the teacher speaking to the empty chair of my female student. The reader of the book is simply witnessing how I speak to my student. The reader has the ability to imagine themselves to be my student as well. I imagined myself teaching my lessons to a person whom I loved. With them, I shared my reflections and opinions about this matter or that matter. And while some of my conclusions might be incorrect or abrasive, such is what happens throughout a normal conversation with those with whom we care. Another purpose of the book is to understand me as the one saying the words as well as the concepts described through the words. I’m not a perfect human being and I never claimed to be. I’m just human… flaws and all.

Written by : A. Adoré

Anthony Adoré is a West Texas indie author, truth seeker, observer from afar, and whetstone. He studied psychology at the University of Dallas in Irving, TX and again at the University of Texas of the Permian Basin in Odessa, TX. He considers himself to be a blue collar academic. 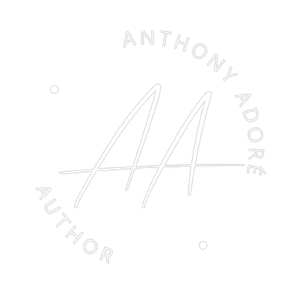 I am a first time indie author exploring what it means to be human, as our humanity is the lens by which all interpretation, understanding, and participation focus into our consciousness. My writing reflects how I negotiate my own humanity and I invite you along to observe the “me” who binds my words in my books together.